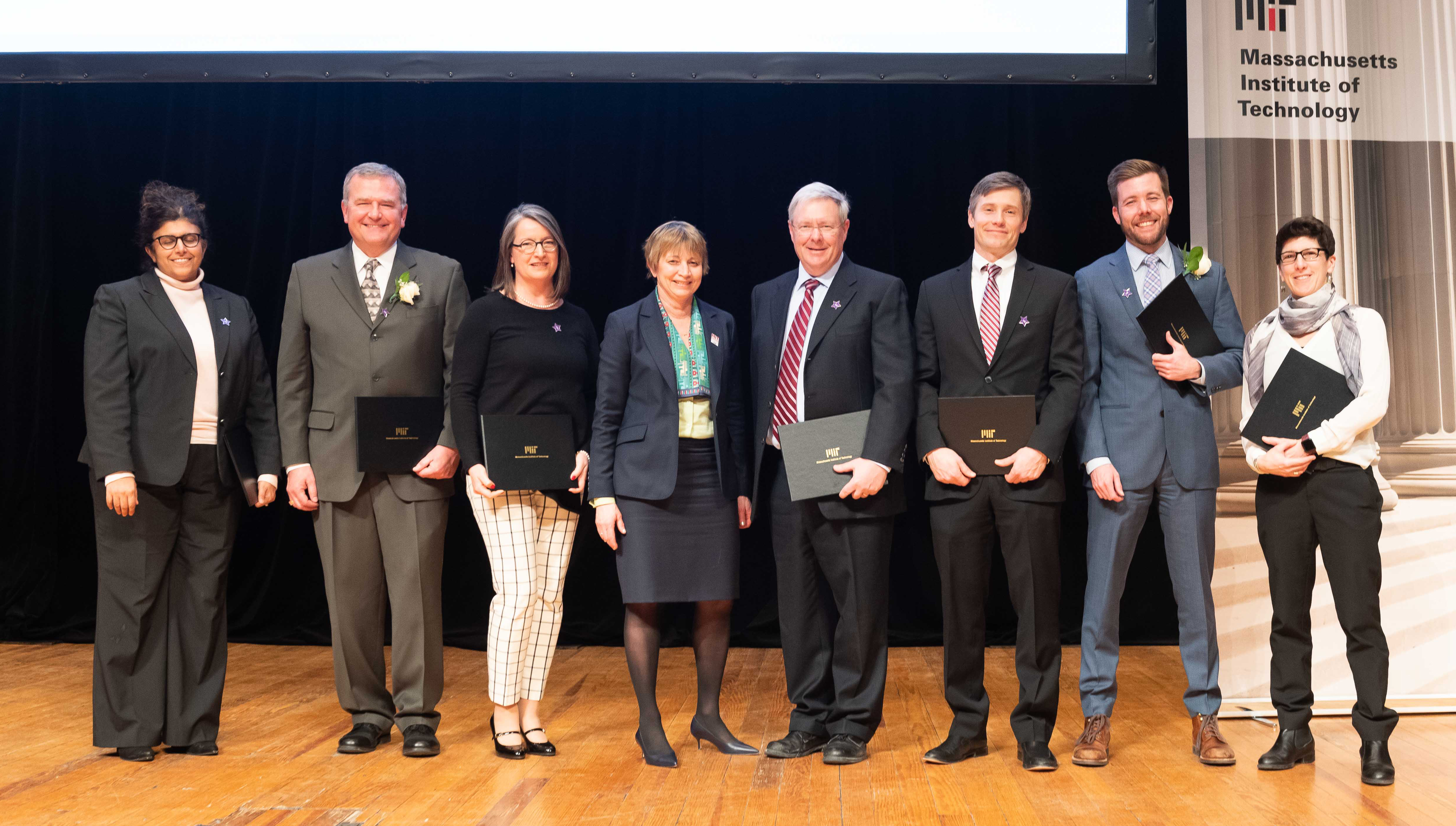 Today, we are recognizing the twelve members of the Summit Farms Solar Power Purchase Agreement Team for their pioneering efforts to advance MIT’s Plan for Action on Climate Change.

MIT’s Plan for Action on Climate Change calls on the MIT community to reduce its greenhouse gas emissions by at least 32% by 2030—a formidable goal. The challenge facing the Summit Farms Team was how to help MIT reach that goal in a timely and cost effective manner. While other efforts on campus were working to reduce greenhouse gas emissions through energy efficiency and other means, such approaches would not be sufficient to reach that 32% goal.

The Summit Farms team came up with an audacious strategy. They developed a collective financing mechanism to allow several organizations to participate in the generation and purchase of solar-generated renewable energy through projects off-campus. The team developed a consortium of buyers including MIT, Boston Medical, and Friends of Post Office Square to facilitate the development and purchase of solar-produced electricity through a solar power purchase agreement.

As one of their admiring colleagues observed, “This team represents the best of MIT values, sharing technical and business knowledge with community partners to advance the world’s sustainability solutions.”

The members of the Summit Farms Solar Power Purchase Team are: