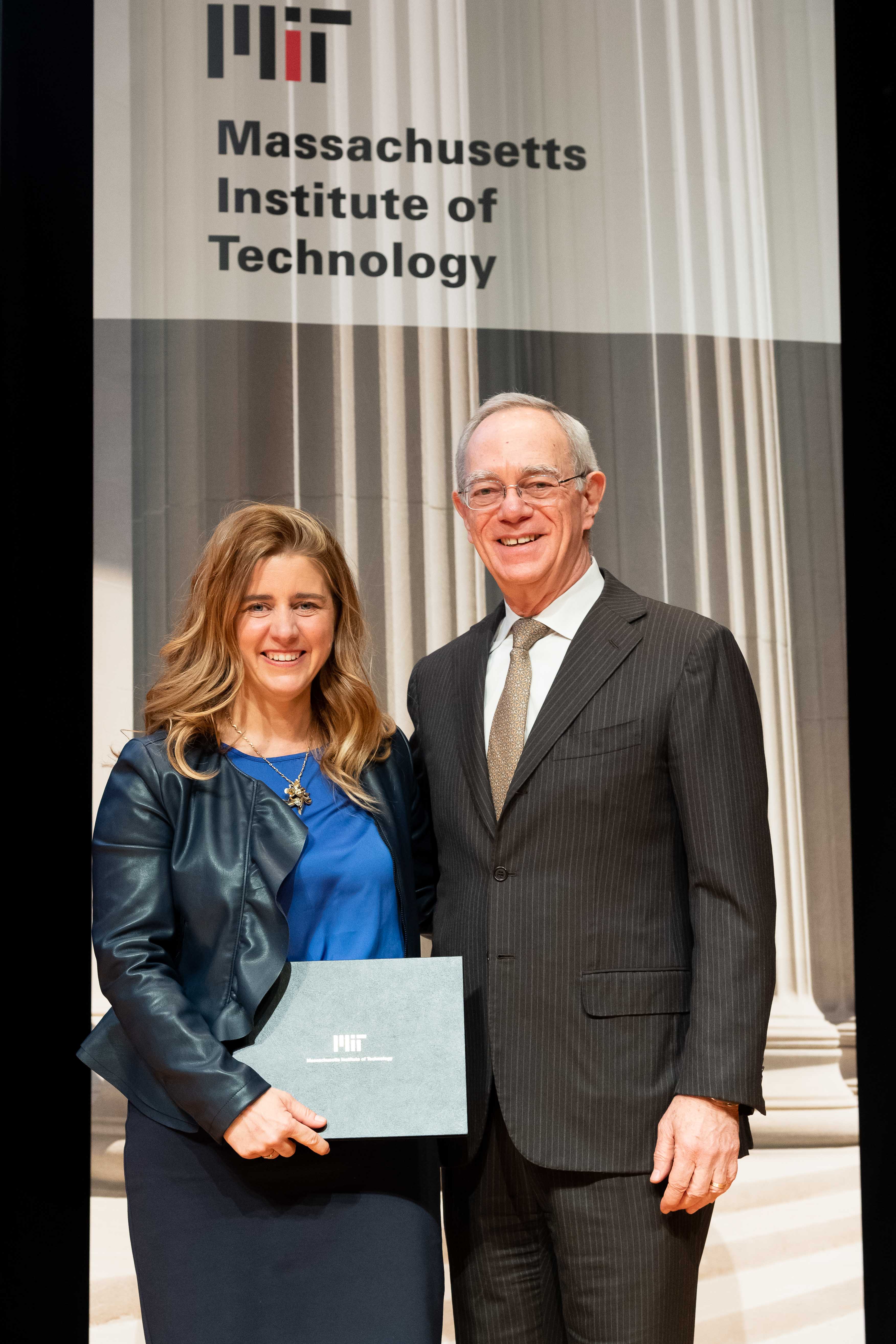 The next Excellence Award for Advancing Inclusion and Global Perspectives goes to Mercedes Balcells-Camps, a principal research scientist at MIT’s Institute for Medical Engineering and Science, co-faculty director of MISTI’s MIT-Spain program, and chair of the MIT IDEA2 Global program, which provides mentoring and connections to biomedical innovators around the world.

One of her colleagues noted her contributions this way: “Mercedes Balcells-Camps is a brilliant scientist, a passionate teacher, a charismatic leader, and a wonderful person dedicated to improving the human condition through science, education, and collaborative work across borders. She has changed the landscape, opportunities, and face of MIT, making it more diverse and inclusive, more welcoming to the outside world, and a warmer place for all who call MIT home.”

Other colleagues agree. Mercedes is a rare breed who has created cross-border opportunities for young scientists at MIT and around the world.  Her research projects constitute the ideal environment for educating a new generation of engineers, biologists, material scientists, physicians, computer scientists, and chemists who learn first-hand that working collaboratively is the only way to solve today’s greatest health challenges.

A few years ago, Mercedes single handedly began a small exchange program with IQS—Spain’s premier university of chemical engineering and chemistry in Barcelona. What began with one student has now grown to include more than 500 MIT students and 100 IQS students. In 2011, the Spanish government honored Mercedes with the Cross of the Order of the Civil Merit for establishing such a productive channel between MIT and Spain.

Before we bring her up on stage, I’d like to quote another of Mercedes’ admiring colleagues: “Mercedes Balcells-Camps is an ambassador for the opportunity and promise of research. Everything she thinks, says, or does is global. — Did I mention, she’s also learning to speak Chinese? — I think it’s fair to say that thanks to her two decades of passionate work, MIT is today a more global and inclusive place.”