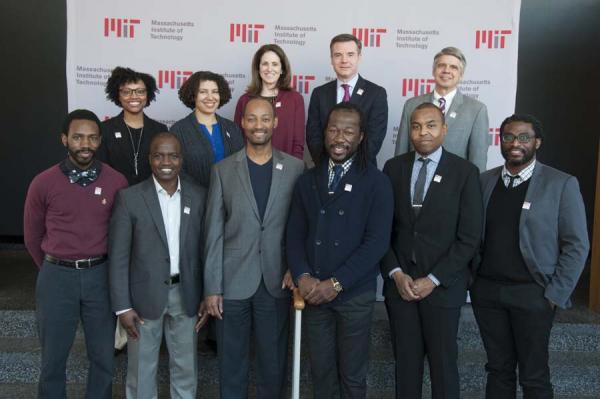 Next, we recognize a team of eight inspiring individuals who comprise the Lincoln Laboratory Employees’ African-American Network Committee—or “LEAN.” Established in 2013 to promote an inclusive and welcoming work environment, the team’s impact is already felt across the Laboratory. The committee has:

LEAN’s Martin Luther King, Jr. Celebration Breakfast featured several distinguished speakers, and drew more than 200 Lincoln employees. And they accomplished all of this, I might add, in addition to doing their regular jobs. It is my pleasure to present the eight members of the LEAN Committee with the group award for Advancing Inclusion and Global Perspectives: